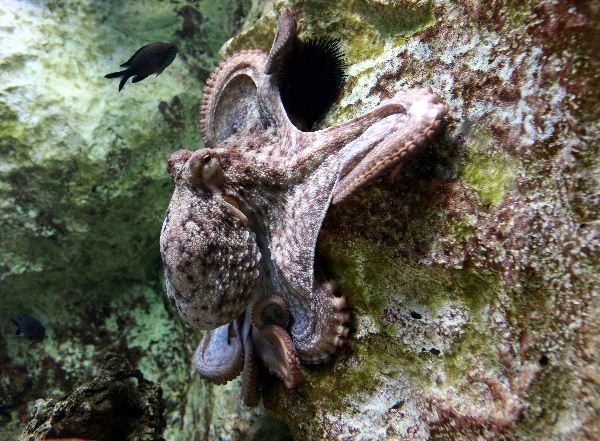 It is acceptable in many cultures all over the world to consume Octopus. In many areas, it is considered a delicacy and it is very expensive to purchase. Some people assume that it is just the arms that are eaten but that isn’t always the case. Various body parts can be used in certain dishes. What is interesting is that there are so many ways to prepare Octopus out there.

If you have tried Octopus before and didn’t like it, you should give it another try. Find it prepared another way from a restaurant or have a great time cooking it at home on your own. Some people think that it has a slimy texture to it or that it is tough to chew. That would depend on the species of Octopus you happen to be eating. 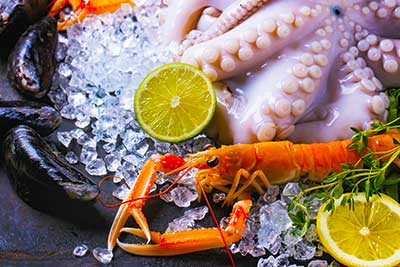 Octopus Anatomy – Read Or Listen To The Article Click Here.

Can you eat a raw Octopus?

This is widely used in both Japanese and Chinese foods. It is often eaten raw in the Japanese culture though. If you are familiar with sushi in any way then you may have consumed some Octopus in it. One of the many reasons why people are that it is very nutritious. Octopus is a low-calorie food and it is also very filling. It also contains a variety of vitamins that are needed by the body. The Greek love to create dishes with the Octopus being grilled over an open flame.

How to Shop For Octopus?

When you are buying Octopus to cook at home it is important to note that the finished volume could be less than half of what you take home. Therefore you need to buy enough of it to make sure you have plenty for all that will be joining you for dinner.

Small warning
You also need to keep Octopus cold until you are ready to cook it. Food poisoning can occur if it gets too warm so never leave it sitting out.

You can buy it in one of two ways. Cleaned Octopus is ready to take home and to cook with immediately. It can be harder to come by though so you may have to search around our area to find someone that offers it. This type of Octopus is also more expensive due to that convenience.

How To Clean And Prepare The Basis?

Octopus that isn’t cleaned is less expensive but you are going to have to do some work with it. Make sure your hands are clean before you start working with it. Remove the ink sac and the stomach. Place the washed Octopus and place it in a pot of boiling water for about 10 minutes. Remove it, drain all the water, and allow it to completely cool. Then there will be an outer membrane that you can easily peel away.

Another Small warning:-)
In some locations, it is a novelty to be able to consume squid while they are still alive. This is in reference to the extremely small species though. A person is taking a risk doing so though. There have been incidents of people choking to death while doing so. As the Octopus is being swallowed, the legs can be spread out and that can result in choking. While this doesn’t occur very often, you may not want to take a chance that it could happen to you.

Can Octopuses be made in an underwater Farm?

The scientists say that farming octopuses will require the catching of large amounts of fish and shellfish to feed them, putting further pressure on the planet’s already threatened marine animals.

How Many Octopuses Are Cachet To The Food Industry?

About 350,000 tonnes of Octopus are caught every year and served in dining establishments from Mexico to Australia and from Spain to Chile. But numerous octopus fisheries have reported a decline, and fish farmers have relied on the rearing of octopuses to try to replace these decreasing catches.
Wild-caught males and females would be allowed to mate, and their eggs will be placed in containers into they become adults to be offered to markets around the world.

It can be very expensive to buy Octopus to cook on your own or when you go to a restaurant. This is due to the process of capturing and processing it. To earn money with the demand for Octopus as a source of food and to lower costs, there are some businesses where they raise them in farms for the purpose of selling them to be used as food.

At the ends of the arms of Octopus are suction cups. They contain sensors that allow them to taste their food. These animals are very particular about the overall taste of their food. They will pass up a meal that is readily available if they don’t care for the way it tastes. This will occur even if they are very desperate for food in order to survive.

What do octopus eat?

They mainly consume mollusks and crustaceans. They are also known to eat various types of fish and snails.
Sometimes they will also feed upon smaller species of Octopus that are around them when they can’t find enough other food sources for survival.
They have a very strong and powerful beak on their mouths that they use to get prey and to rip them apart. They will swallow chunks of food whole.

Many of the types of foods that the Octopus consume have shells on them. They are able to get their food source out of the shells before they eat them.
When they aren’t able to, they release a type of toxin from the body that will quickly dissolve the tissues that connect it to the shell.

This type of behavior is one that they make seem very easy. Yet researchers find it to be very complex in nature.

Somehow these creatures know if they need to use the toxins and how much. With some prey, they will create two holes and put the toxin into each of them. With others, they only drill one hole. It is believed that they have some instinctive connection for what they should do to benefit from the meal in front of them.

Most of the time Octopus will feed during the night time. They are able to see well in the dark, murky waters which gives them the advantage over their prey. They will hunt during the day though when they are very hungry and an opportunity presents itself. They are amazing predators. Since they can blend in so well to their surroundings they are able to get close to prey without being recognized.

The use of the suction cups on the arms is another way that they are able to capture their prey. There is a sticky type of residue here among the webbing that makes it virtually impossible for the prey to getaway. The foods that they do consume go through the esophagus and then directly up into the brain area. Then they are carried back down the body into the digestive system.

When Octopus bite their prey, they inject a powerful venom into it. This usually won’t kill the prey but it is enough to immobilize it. That way the prey isn’t thrashing around and fighting back as they are trying to consume it.

Most living creatures tend to eat more before they lay eggs or give birth. For the female Octopus though they don’t eat for about a month before they young are born. They spend all of their time trying to defend the eggs from predators, keeping them clean, and at the right temperature. By the time the young are born they are close to death themselves.

They don’t care for their young when they hatch or teach them to hunt. Instead, the young offspring go to the surface of the water where they will hunt for plankton. As they get bigger and older they will move towards the bottom of the ocean where they will consume the other types of foods mentioned here. Hunting for prey is very instinctive for them though from the moment they come out of the egg.